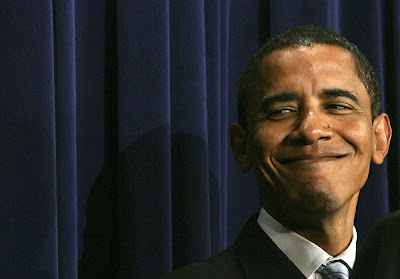 President Obama is on his way back home after a remarkable weekend and all Latin America, including , is wondering: what did he came for, really?!

Well, that should not be a tough question, since Barack Obama left an announcement in american television last week explaining his trip to , and . Among other things, he well remembered that brazilian consumers themselves kept a quarter million american jobs in last year. In fact, only considering and Orlando, brazilian tourists left in something larger than US$ 4 billion in 2009.

Of course his travel to was a commercial issue, and our reception for him here had a lot of it either. But, when things are not going well in your own house, and the world is on fire, this Obama’s spring break seems a little out of context. We have to consider that this trip has been planned a couple months before, when Lybia was still sort of quiet, and even the UN decision to create the exclusion air zone was made when Obama was already here. To make it worse for US forces commander in chief, the word on the street is that the french president Sarkozi decided himself that the hour has come to make the Mirages and Rafales justify their investment, without telling anyone about it. So, since Carla Bruni’s husband opened the door loudly, the other countries in the operations had no way to act but improving the attacks to Ghadafi loyal forces.

’s president Rousseff was in a private meeting with Obama when he authorized american ships to launch a big ride with Tomahawk missiles against strategic targets in , but she never told us anything… until Obama left. Hours after Air Force One’s departure from Rio de Janeiro, brazilian diplomatic ministry asked for the immediate stop of attacks in Lybia, wich makes sense when we remember the abstention in the Security Council, but makes no sense at all for a country who wants so badly to be a global player in this very same council and depends, for that, of american sympathy.

In the end, president Obama goes back to leaving a good image here, for his well known charm, but almost nothing more than that. The conversation to has changed, not from there to here, but much more “let’s do it together”. There was no way left, really, since the oil reserves in the Arabic world are full of doubts, and we will have a lot of oil to sell in the years to come. Actually, with the chinese talent to take markets which use to be easily american, something had to be made, since jobs back home – and votes too – are directly connected to that.

President Obama and his adorable family probably had an image from full of make up. It couldn’t be different, actually, since this is the same image brazilian government sells here too. And, if a lie told several times begin to seem like truth, it’s very hard to brazilian people, who never left their ground, to realize that there are other ways to do things, that we may be an important economy in the world, but half brazilians are very poor even in african parameters. Curiously, even Shakira showed up to talk to president Rousseff a couple days before Obama, and honestly, I guess she made a lot more for brazilian people remembering Rousseff of her political promises then Obama did with his subjective but funny speeches. But that’s ok, sir: like a former french president once understood, isn’t a serious country, and you are welcome whenever you want. I hope you had a great time here, so did we:-)

Enderson Rafael is a brazilian Ya Books author.